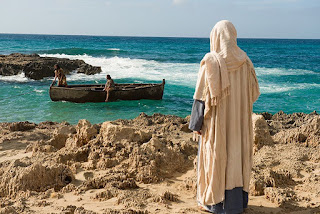 
Later, Jesus appeared again to the disciples beside the Sea of Galilee. This is how it happened. 2 Several of the disciples were there—Simon Peter, Thomas (nicknamed the Twin), Nathanael from Cana in Galilee, the sons of Zebedee, and two other disciples. 3 Simon Peter said, “I’m going fishing.” “We’ll come, too,” they all said. So they went out in the boat, but they caught nothing all night. 4 At dawn Jesus was standing on the beach, but the disciples couldn’t see who he was. 5 He called out, “Fellows, have you caught any fish?”“No,” they replied.
6 Then he said, “Throw out your net on the right-hand side of the boat, and you’ll get some!” So they did, and they couldn’t haul in the net because there were so many fish in it.
7 Then the disciple Jesus loved said to Peter, “It’s the Lord!” When Simon Peter heard that it was the Lord, he put on his tunic (for he had stripped for work), jumped into the water, and headed to shore. 8 The others stayed with the boat and pulled the loaded net to the shore, for they were only about a hundred yards from shore. 9 When they got there, they found breakfast waiting for them—fish cooking over a charcoal fire, and some bread.
10 “Bring some of the fish you’ve just caught,” Jesus said. 11 So Simon Peter went aboard and dragged the net to the shore. There were 153 large fish, and yet the net hadn’t torn. 12 “Now come and have some breakfast!” Jesus said. None of the disciples dared to ask him, “Who are you?” They knew it was the Lord.
13 Then Jesus served them the bread and the fish.
14 This was the third time Jesus had appeared to his disciples since he had been raised from the dead. 15 After breakfast Jesus asked Simon Peter, “Simon son of John, do you love me more than these?” “Yes, Lord,” Peter replied, “you know I love you.” “Then feed my lambs,” Jesus told him. 16 Jesus repeated the question: “Simon son of John, do you love me?” “Yes, Lord,” Peter said, “you know I love you.” “Then take care of my sheep,” Jesus said. 17 A third time he asked him, “Simon son of John, do you love me?” Peter was hurt that Jesus asked the question a third time. He said, “Lord, you know everything. You know that I love you.” Jesus said, “Then feed my sheep.
18 “I tell you the truth, when you were young, you were able to do as you liked; you dressed yourself and went wherever you wanted to go. But when you are old, you will stretch out your hands, and others will dress you and take you where you don’t want to go.” 19 Jesus said this to let him know by what kind of death he would glorify God. Then Jesus told him, “Follow me.”

The hardest issue is life is conquering SHAME and FORGIVENESS.

Before forgiveness, we carry a number of different emotions and experiences. We could continue – but the issue is FORGIVENESS will OVERCOME all of them. Jesus had every good JUSTIFIABLE REASON to be upset at Peter.
What forgiveness does is release the POTENTIAL in the problem. Forgiveness comes in these critical ways: 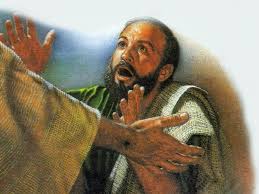 On Sunday evening after the resurrection, Jesus appeared to the disciples behind a locked door in an upper room (John 20:19). At least one of the remaining disciples was not there.

24 One of the twelve disciples, Thomas (nicknamed the Twin), was not with the others when Jesus came. 25 They told him, “We have seen the Lord!” But he replied, “I won’t believe it unless I see the nail wounds in his hands, put my fingers into them, and place my hand into the wound in his side.”

Thomas – called Didymus (a name that means “twin” although his twin sibling is never identified) – is only mentioned once each in Matthew, Mark and Luke. In John, we learn more about him.

Thomas was often a PESSIMIST although he is called DOUBTING THOMAS by tradition.

The reason? He often had a very rough outlook of the circumstances of Jesus. All those times involved Jesus potentially being AWAY.

Thomas, nicknamed the Twin, said to his fellow disciples, “Let’s go, too—and die with Jesus.” (John 11:16 NLT) – Thomas fears Jesus will be stoned if he goes back to Bethany with Lazarus. But he is willing to remain by his side.

All the disciples had doubt after the resurrection. Thomas gets a bad rap, but in truth he was very faithful and LOYAL.

26 Eight days later the disciples were together again, and this time Thomas was with them. The doors were locked; but suddenly, as before, Jesus was standing among them. “Peace be with you,” he said. 27 Then he said to Thomas, “Put your finger here, and look at my hands. Put your hand into the wound in my side. Don’t be faithless any longer. Believe!” 28 “My Lord and my God!” Thomas exclaimed. 29 Then Jesus told him, “You believe because you have seen me. Blessed are those who believe without seeing me.”

What do we do when we have DOUBTS about the stories of the Bible?

God still used Thomas in spite of his pessimism.

Tradition and history says Thomas may have carried the Gospel to southern India; where several churches were built in his honor and his tomb reportedly exists. He died a martyr, by a SPEAR in his SIDE.

To be used by God, sometimes big QUESTIONS lead to GREAT FAITH.

Faith shows the reality of what we hope for; it is the evidence of things we cannot see.  Through their faith, the people in days of old earned a good reputation. (Hebrews 11:1-2 NLT)

There were eight days between the resurrection and Jesus meeting Thomas. Where was he? What was he doing? Did he give up and run? Pout? Sulk? Was he searching for him (John 14:5 “we don’t know where you are going so how can we know the way?). But at some point, Thomas returns to the FELLOWSHIP of his friends and then God’s plan is unveiled to him.

30 The disciples saw Jesus do many other miraculous signs in addition to the ones recorded in this book. 31 But these are written so that you may continue to believe that Jesus is the Messiah, the Son of God, and that by believing in him you will have life by the power of his name. 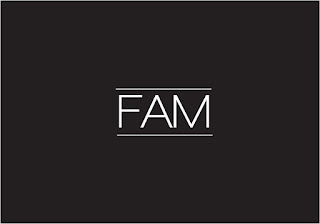 8 Jesus returned to the Mount of Olives, 2 but early the next morning he was back again at the Temple. A crowd soon gathered, and he sat down and taught them. 3 As he was speaking, the teachers of religious law and the Pharisees brought a woman who had been caught in the act of adultery. They put her in front of the crowd.

As Jesus was TEACHING, immediately the enemy starts TROUBLE.

But it’s in trouble that God shows his plan for RESTORATION of his FAMILY to the world.

4 “Teacher,” they said to Jesus, “this woman was caught in the act of adultery. 5 The law of Moses says to stone her. What do you say?” 6 They were trying to trap him into saying something they could use against him, but Jesus stooped down and wrote in the dust with his finger. 7 They kept demanding an answer, so he stood up again and said, “All right, but let the one who has never sinned throw the first stone!” 8 Then he stooped down again and wrote in the dust.

Let’s set the scene:
- A group of religious teachers and leaders (Pharisees) brought a woman caught in sexual sin to Jesus.
- By the law, she could have been stoned to death. Every single one of these leaders knew the Mosaic Law to the letter.
- If they knew the law, why were they asking Jesus for his opinion?

The enemy will set a TRAP for those trying to bring restoration to the family.

9 When the accusers heard this, they slipped away one by one, beginning with the oldest, until only Jesus was left in the middle of the crowd with the woman. 10 Then Jesus stood up again and said to the woman, “Where are your accusers? Didn’t even one of them condemn you?” 11 “No, Lord,” she said. And Jesus said, “Neither do I. Go and sin no more.”

God has both the authority to CONDEMN you and to SAVE  you.

Three truths about reconciliation of sin through the power of the blood of Jesus:

1. He turns EXILES into family. Why was this woman exiled?
a. She was unclean
b. She was caught
c. She was ashamed
d. She was guilty
e. Sin will leave you all of those things but the Savior of the world has redeemed you from this sin!

2. He turns BROKEN into brothers and sisters.
a. “It has been observed that there is no sin so great that God will not forgive, but there is no sin so small that it does not need to be forgiven. The Old and New Testaments center on the theme of redemption and forgiveness, stressing the human condition as one of alienation and moral guilt…Through God’s mighty and loving act of redemption on the cross of Christ, he can offer the gracious act of forgiveness without compromising the perfection of his justice and character…and secure our relationship as true members of God’s family…” – Conformed to His Image, Kenneth Boa, pp. 49.
b. “Why has the church in America become so segregated? Because we have let tribalism, ethnocentrism, individualism, consumerism, racism and classism create boundaries in God’s people. The Bible calls this sin.” – Derwin Gray, HD Leader, pp. 56-57
c. There is a new family created with the redemption of Christ Jesus – one held together as brothers and sisters and joint heirs through the work of Jesus!

3. He turns HOPELESSNESS into healing.
a. This woman had no lawful right to be saved.
b. In the midst of her fear, he restored her faith.

God sent not his Son into the world to judge the world, but to save the world through Him. – John 3:17 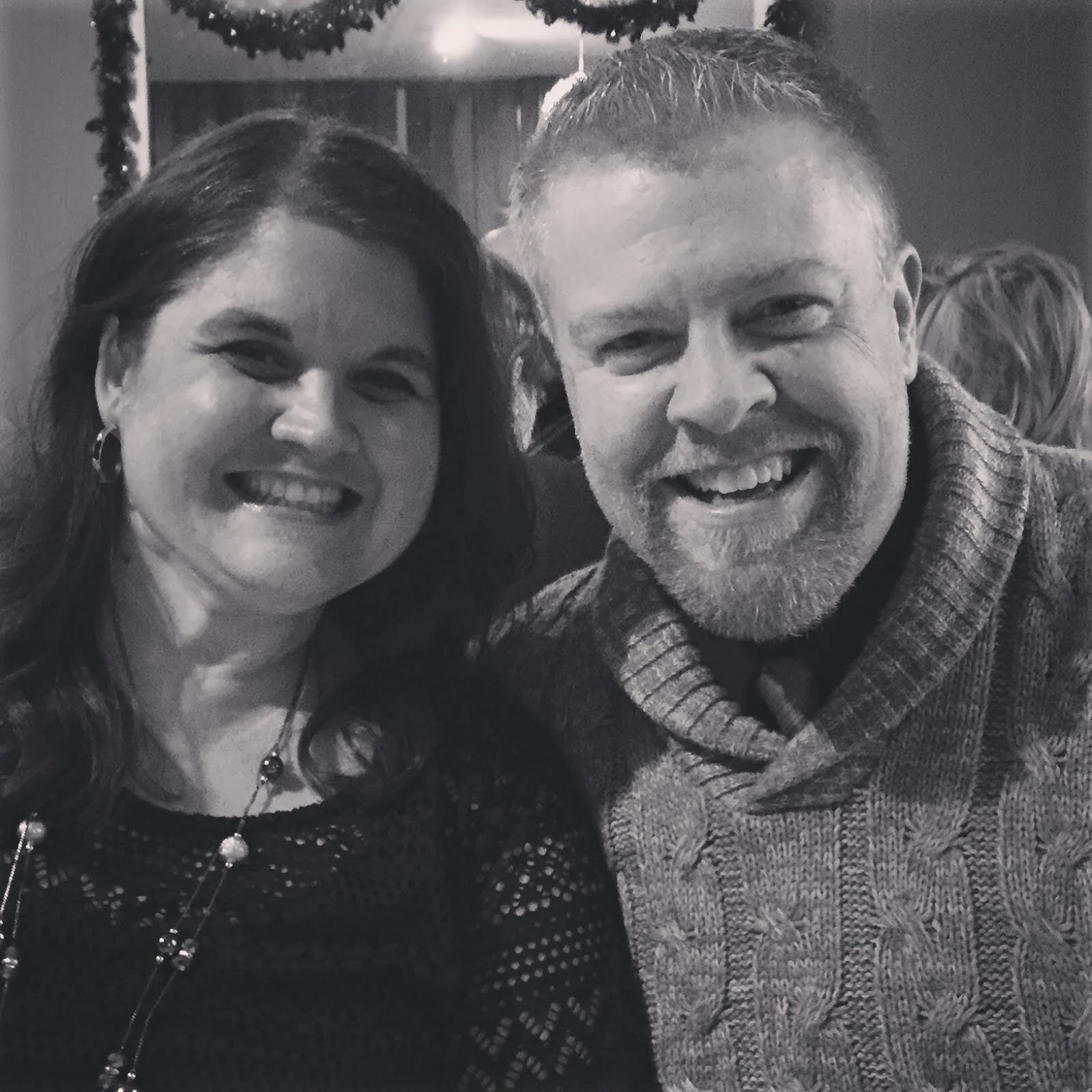